We are valued by our community and work to reduce inequalities and create life-enhancing opportunities for the growth and development of all people in Body, Mind and Spirit.

YMCA Gisborne has developed and put in place a strong strategic plan to ensure that we continue to grow as a strong Organisation supporting our Community for years to come. 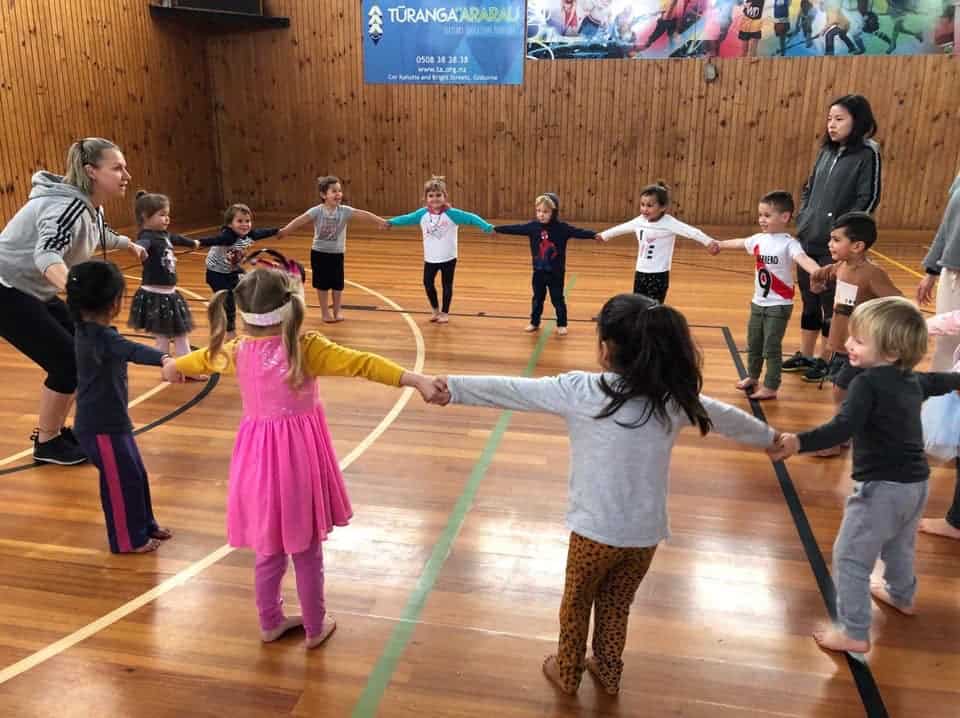 The YMCA Gisborne is guided by our core values of: 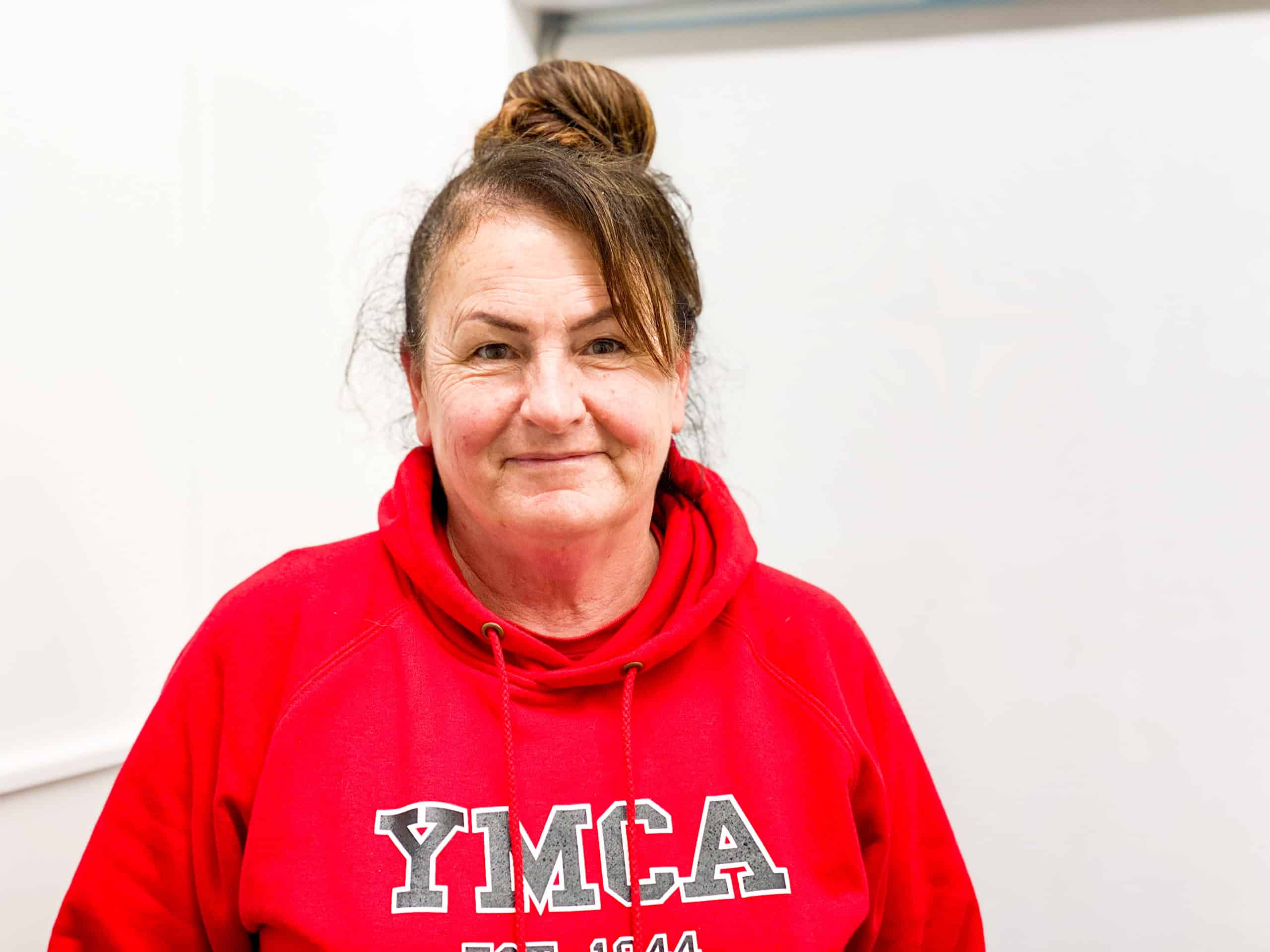 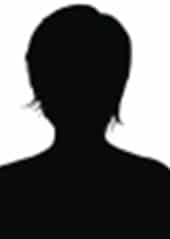 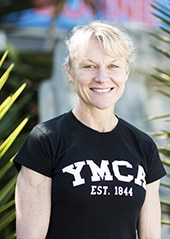 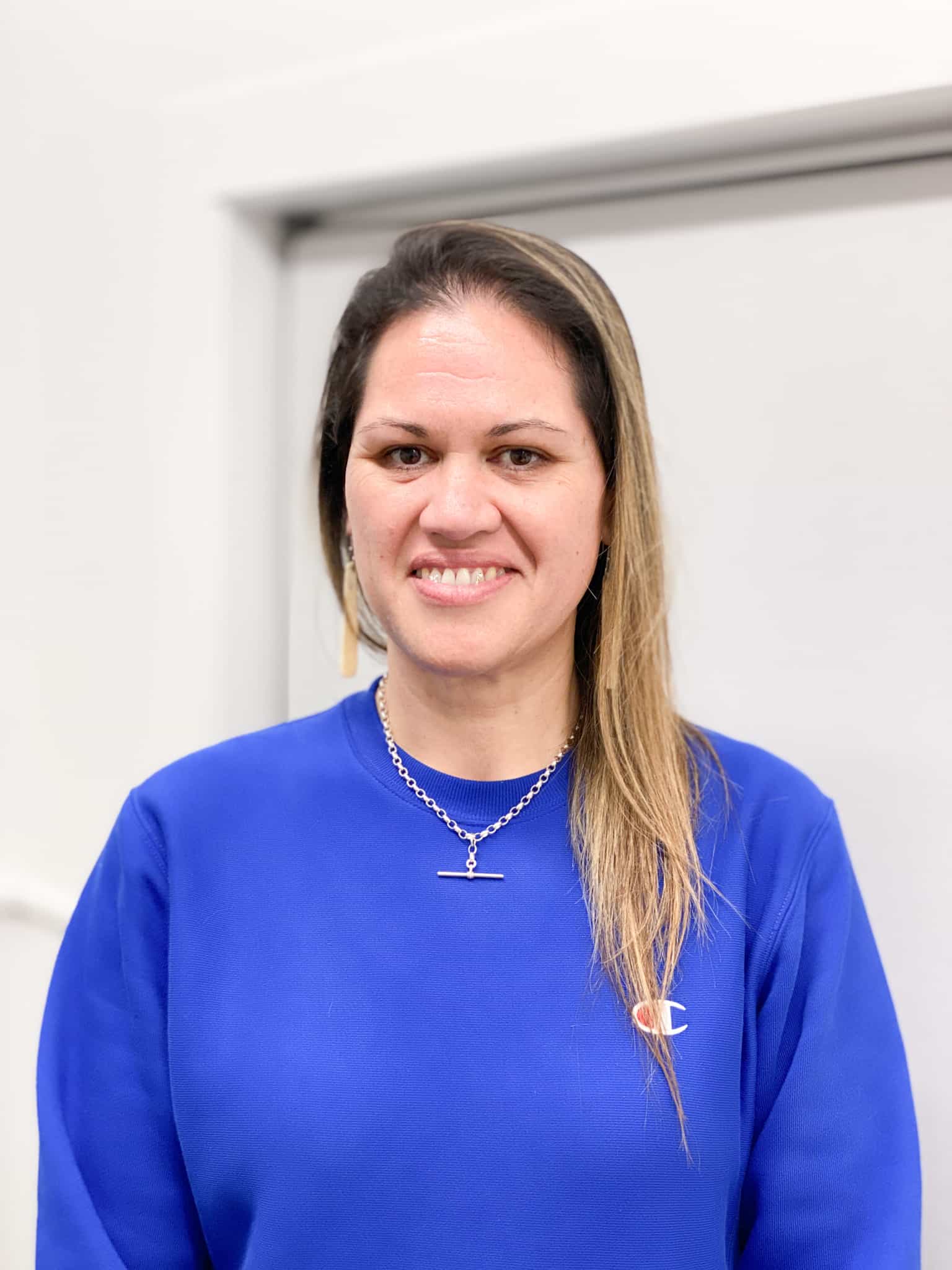 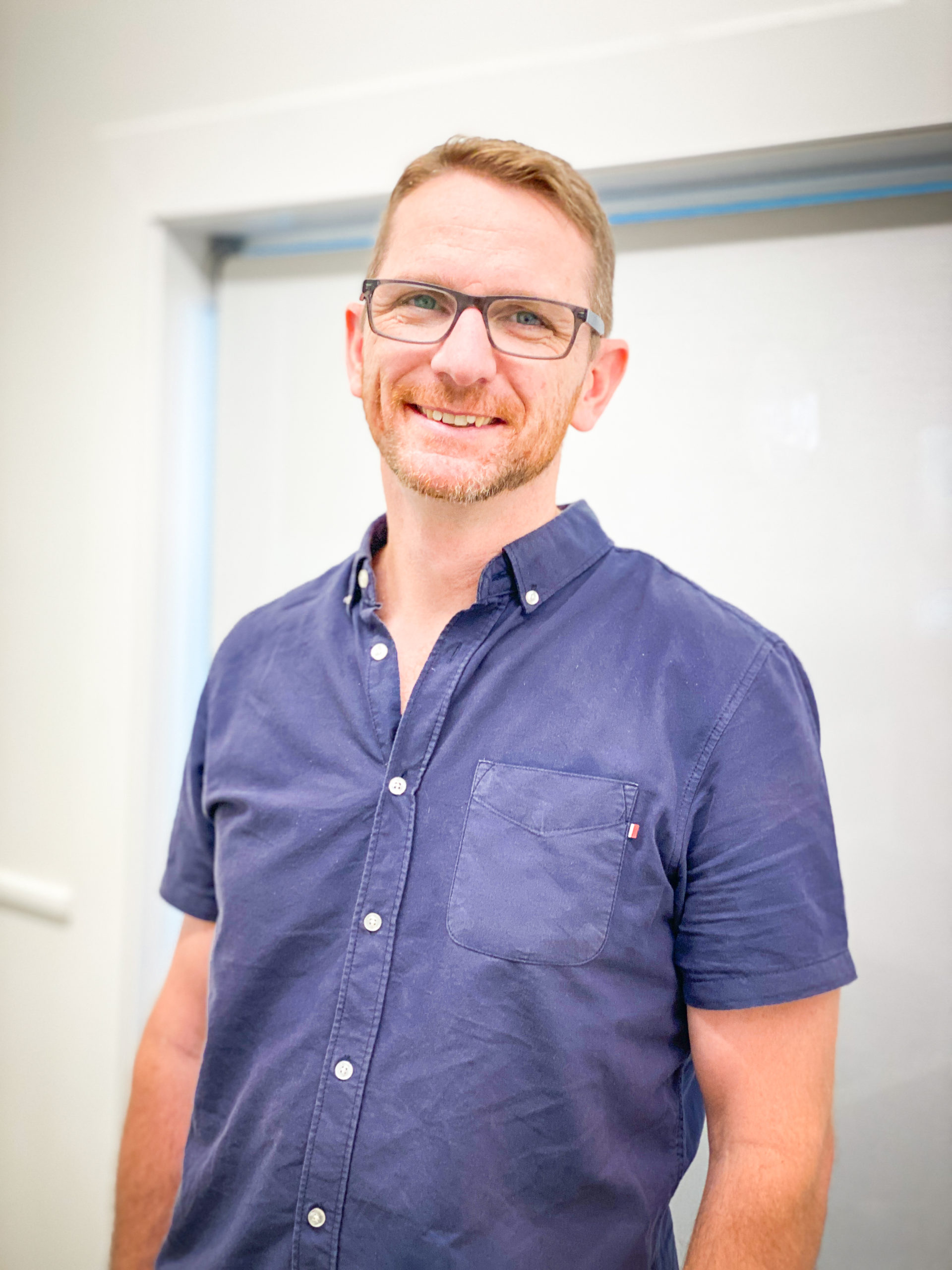 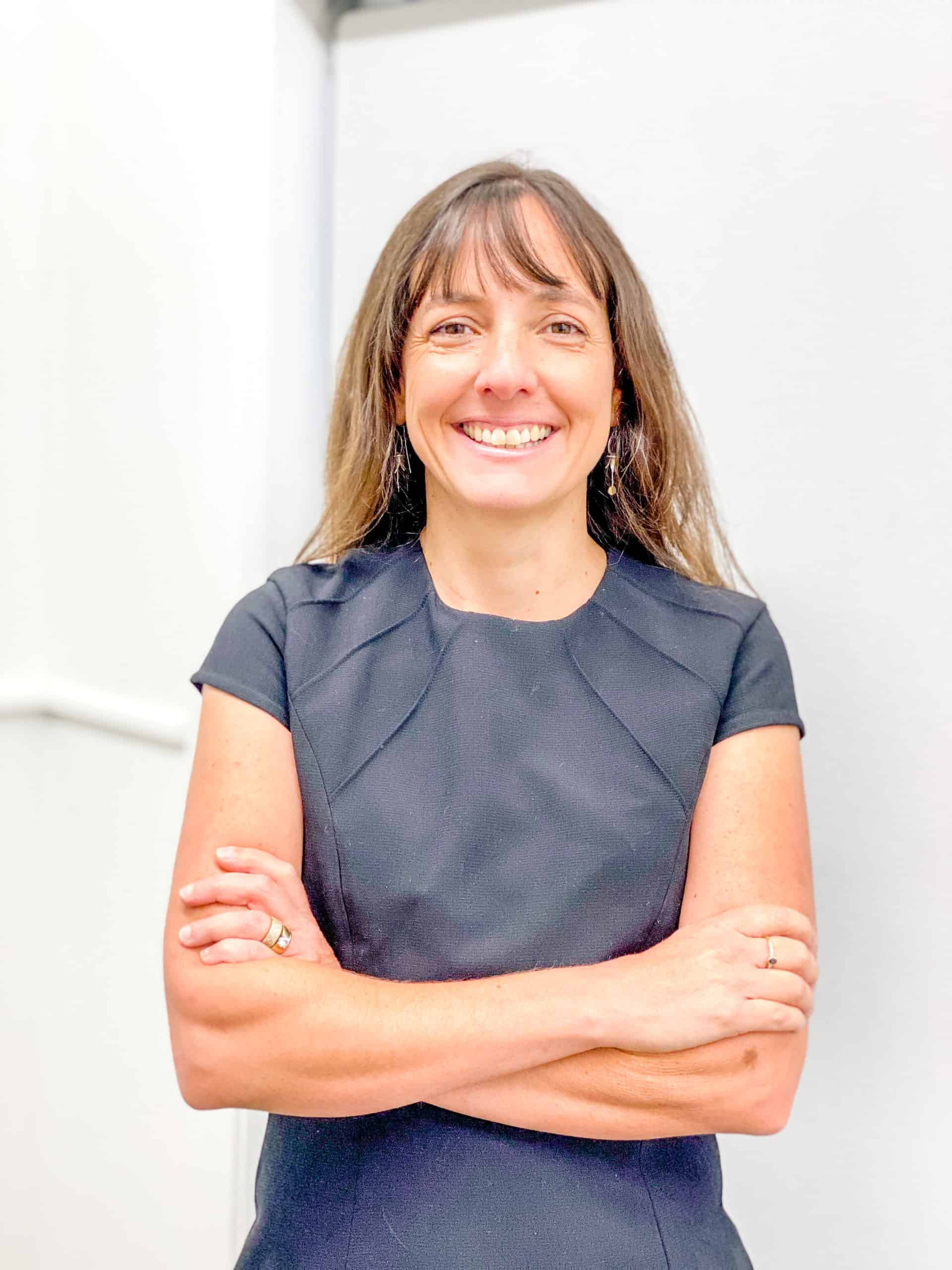 The YMCA movement began during the Industrial Revolution in the mid 19th century in England, when young workers were leaving the farms and moving into the cities seeking work.

Away from home and family, enduring miserable living conditions, these were youth at risk, so one young man, George Williams, saw the risk and formed a prayer group in 1844.

From prayer meetings and bible study groups, the YMCA developed into public lectures and education classes, providing reading rooms and refreshment areas that gave young men the opportunity to make friends and settle into urban life.

In 1894 George Williams received a knighthood from Queen Victoria and the Freedom of the City of London. 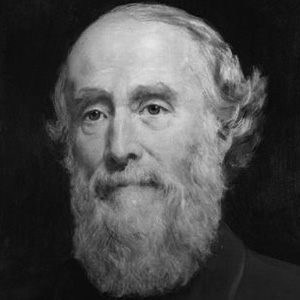 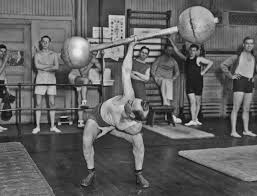 The American YMCA movement founded in 1851, led the way in addressing physical activities and fitness by open gyms and a wide range of activities where it went on to invent basketball in 1891 and volleyball in 1895.

The British YMCA movement began a shift towards personal health and fitness, marked with the opening of a large gym at the London Central association in 1888.

Gisborne YMCA was founded in Gisborne in 1880 by James Rosie.

Before leaving England James Rosie had worked for a firm of drapers called Hitchcock Williams (relations of George Williams) who had been involved in the establishment of the YMCA in London.

The Association was formed in 1903 and incorporated in 1932.

The first Gisborne YMCA headquarters was held in a Methodist schoolroom in 1880 before relocating above Rosie Haberdashery corner of Bright St and Gladstone Road. 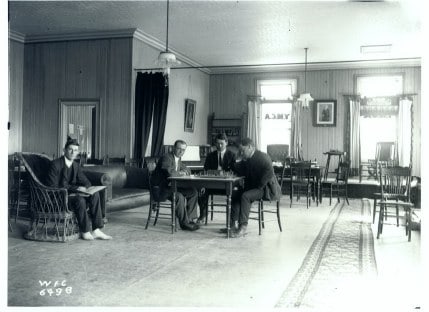 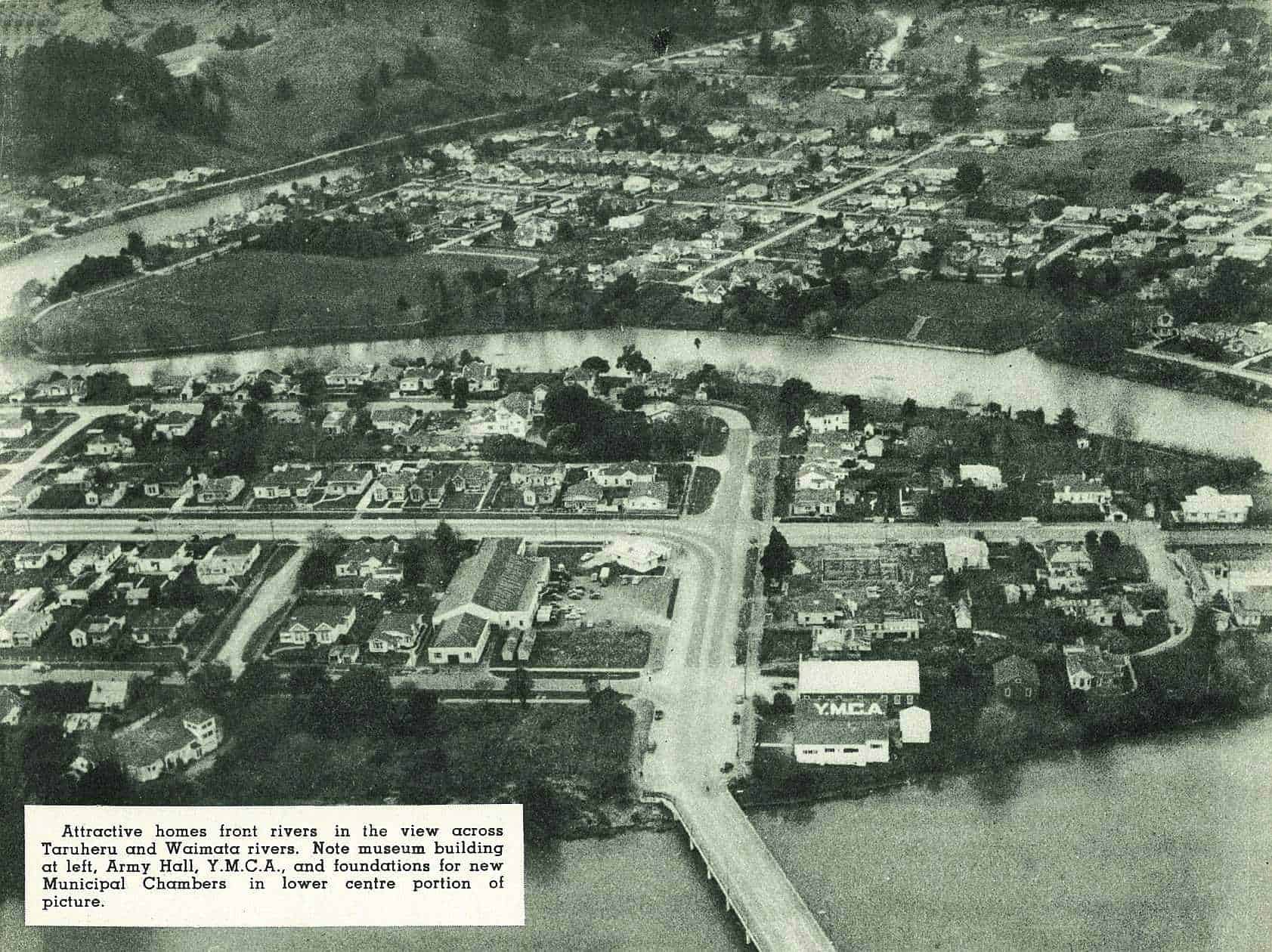 In late 1909 the YMCA was relocated to the Read’s Quay Hall because of overcrowding in the former space above Rosie Haberdashery, where the YMCA operated here for over 20 years.

During 1926 funding of $5,000.00 was raised to erect the first YMCA building in Fitzherbert Street, which is now the Lawson field Theatre and gardens.

You can see the YMCA building placed nicely on the riverfront where the YMCA continued to offer community activities until the opening of the current building on the corner of Roebuck and Childers Road in 1962.

In 1958 an appeal was launched for $20,000.00 to build the existing stadium on the corner of Roebuck Road and Childers Road. 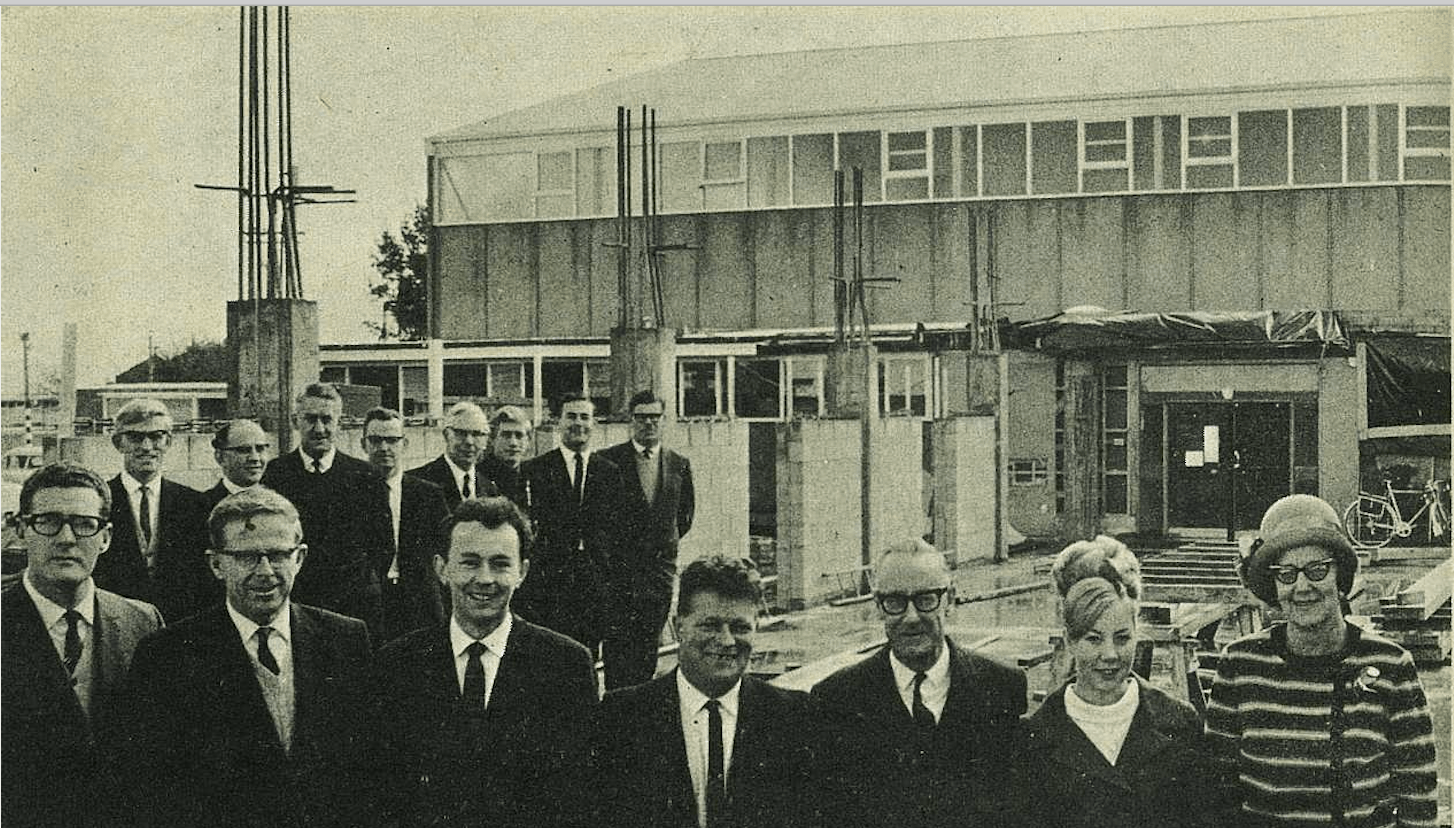 In July 2007 the Gisborne YMCA purchased from the Kaiti Hall Association the Kaiti Memorial Hall and surrounding parkland. The parkland is leased to the Gisborne District Council as a recreational reserve.

Repairs and alterations to the Kaiti Hall took place in 2008 including the installation of showers for the Y-Fitness Centre, and the development of a small childcare centre and teen parenting classroom. The directors and staff of the Gisborne YMCA sincerely thank the trustees of the Kaiti Hall Association for their commitment to ensuring that the Hall continues to be accessible to everyone in the Kaiti region, and believing that the YMCA values and objectives aligned to their trust deed.

In January 2006 the Gisborne YMCA built the Y-Kids Community Early Childhood Centre in Roebuck Road, which still operates as an in demand community early childcare offering childcare and education for up to 50 kids daily.

In March 2008 building was completed on the new Y-Tamariki Bilingual Community Early Childhood Centre beside the YMCA Memorial Hall at a cost of over $1,000,000.00.

A classroom gifted by the Diocese of Hamilton from the St Mary’s school was relocated to the Kaiti land in March 2008 for the development of a playgroup and after school homework study programme. 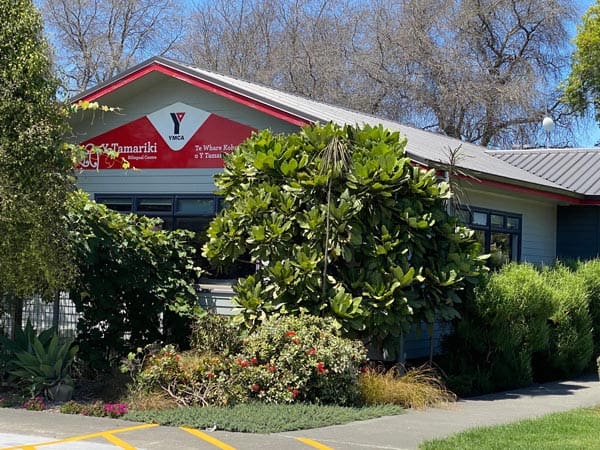 There’s more to the Y then meets the eye! The YMCA is so much more then you may realise.

Did you know that the YMCA invented the game of Basketball?

Did you know that the YMCA established Father’s Day?

Did you know that the YMCA developed the game of Volleyball?

Did you know the YMCA supported the troops and provided nurses, shelter and activities throughout the war?

The game of basketball as it is known today was created by Dr. James Naismith in December 1891 whilst he was working for the YMCA in Springfield, Massachusetts. He was encouraged by his mentor to develop a game that would keep young men engaged and active as well as condition young athletes during cold months. It consisted of peach baskets and a soccer style ball. He published 13 rules for the new game. He divided his class of eighteen into two teams of nine players each and set about to teach them the basics of his new game. The objective of the game was to throw the basketball into the fruit baskets nailed to the lower railing of the gym balcony. Every time a point was scored, the game was halted so the janitor could bring out a ladder and retrieve the ball. After a while, the bottoms of the fruit baskets were removed. The first public basketball game was played in Springfield, Massachusetts, on March 11, 1892.

It was founded in Spokane, WA, at the YMCA in 1910 by Sonora Smart Dodd, whose father, William Jackson Smart, had raised six children on his own.

After hearing a sermon about Mother’s Day, Dodd told her pastor that fathers should have a similar holiday honoring them. Although she initially suggested June 5, her father’s birthday, the pastors did not have enough time to prepare their sermons, and the celebration was deferred to the third Sunday of June.

In 1972, President Nixon recognized Father’s Day as an official holiday. Looking for a good way to spend some quality time with your dad on Father’s Day?  Surprise him with a gym membership, personal training session or a concession card to our many group fitness classes.

Four years after James Naismith invented basketball in Springfield in 1895, William G. Morgan, an instructor at YMCA in Holyoke, Massachusetts, wanted to create a game for older gentlemen which had less physical contact. He borrowed a tennis net, raised it 6 feet, 6 inches above the floor, and invented the game of “mintonette”, which could be played by a group of any number and involved volleying a large ball over the net. An observer wisely suggested that a better name for the new sport might be “volleyball”.

Racquetball is another YMCA invented sport. Joseph Sobek a tennis, handball and squash player who worked in a rubber manufacturing factory, was dissatisfied with the options for indoor sports in Greenwich, Connecticut. He could not find squash players of his caliber and he did not care particularly for handball, so in 1950 he designed a short, stringed racquet, used a children’s toy rubber ball, and created rules for a new game using the handball courts. He called his new sport “paddle rackets”. The sport really took off in the 1970s and there are an estimated 15 million players worldwide today.[37]

YMCA New Zealand staff had worked with the armed forces since late 19th century providing social, religious and physical recreation programmes for servicemen. This travelling kitchen saw service in Boulogne. By 1917 there were 15 NZ YMCA centres in the fighting area of France, every one within range of German shells and none more than 4 miles from the frontline.

Most of the allied armies on the western front had YMCA units attached to them for recreational, educational and comfort services. They organised an accommodation club in London for New Zealand soldiers and had field services in France. “Most soldiers stayed at the YMCA or the New Zealand Soldiers Club. This, a soldier declared, was the best place I struck and the cheapest. The food was splendid and the beds good. Tariff, bed eightpence; breakfast eightpence; dinner one shilling and ten per

YMCA member, Moina Michael, created the red flanders field poppy as a symbol of remembrance for those who served in World War I. Inspired by the famous wartime poem, Moina sold silk poppies to raise money for ex-soilders. Her campaign was so successful that the poppy has been adopted as an international symbol of remembrance.

John Mott was the President of the student YMCA. Mott organised the World’s Student Christian Federation in 1895 and went on to organise national student movements across the world. John Mott received the Nobel Peace Prize in 1946 for his work in establishing and strengthening international Protestant Christian student organisations that worked to promote peace.